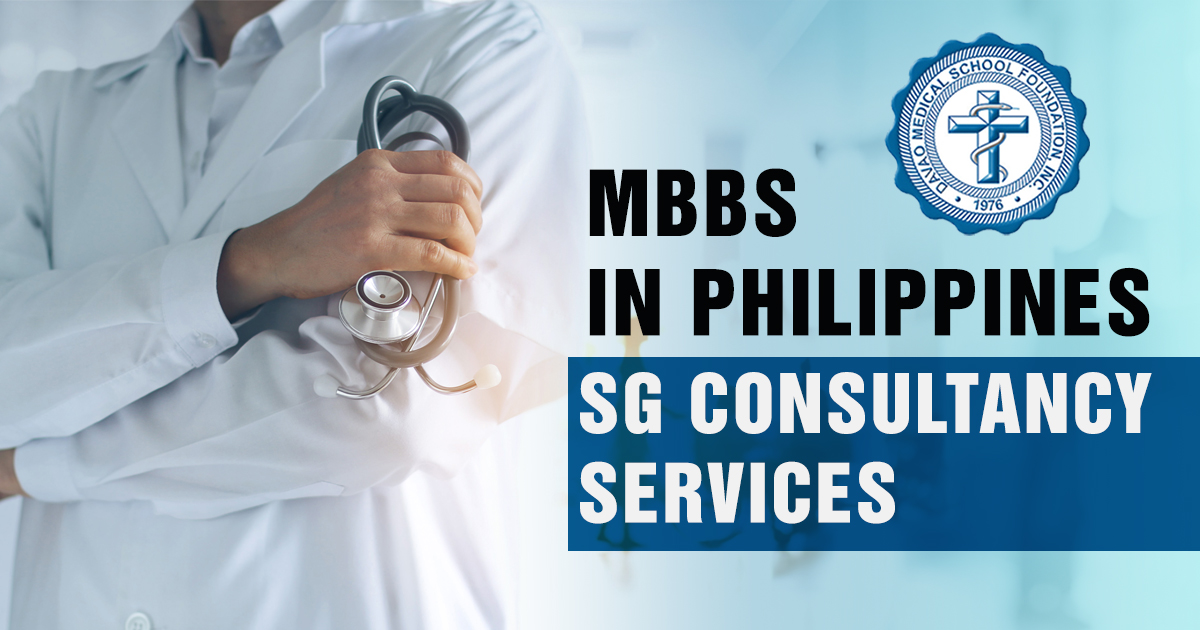 Since the Philippines follows the American Medical Education Model (India follows the British Model), MBBS in Philippines at DMSF is known as MD (Doctor of Medicine). The MD is a four–year program. Every student, including Indian students, has to complete a Pre-medical Program called BS (Bachelor of Science), whose tenure is 1 year 4 months. Davao Medical School Foundation offers a student-friendly, yet rigorous MBBS curriculum that makes it ideal for Indian students planning to pursue MBBS abroad. The MBBS program is divided into four years, with two semesters each year, which translates into 18 weeks per semester. DMSF aims to develop every student’s clinical skills, diagnostic skills, patient management skills, communicative skills, decision-making skills, and medical ethics and most importantly, special emphasis is laid on moulding students into complete medical professionals, capable of taking on all kinds of challenges in the real world.

Davao Medical College in Philippines, since its establishment, has worked scrupulously to develop world-class infrastructure, that is comparable to the best medical schools in the U.S and U.K. DMSF has a sprawling campus spread across 25000 sq.m with a picturesque backdrop. Facilities for students include, numerous lecture halls (air-conditioned) with audio-visual equipment, demonstration halls, well-equipped laboratories, dissection halls, auditoriums, two modern libraries (open 24/7) that house more than 50,000 medical books. However, the crowning jewel, when it comes to facilities, is DMSF’s 4000-bedded hospital that has got all the modern resources that a first-world hospital aspires for. Davao Medical School Foundation strongly believes that in order to maintain its pre-eminent position and its surging popularity with international students, especially Indian ones, it has to constantly upgrade its infrastructure and embrace the latest medical technologies and procedures.

DMSF, combining the expertise of its top-class faculty with cutting-edge technology, has developed a slew of innovative and student-friendly teaching methods. At every step, the teaching-learning programs warrant the active involvement of students, thereby empowering them to become responsible and confident medical professionals. Modern teaching aids such as, simulated mannequin stations, 3D Anatomy, organ system interaction, virtual reality etc. are used to enable medical students hone their skills in every aspect of medicine and surgery. Moreover, the four-year MBBS program has been designed specifically to give every possible opportunity to students to acquire command over the subject and develop the skill sets required.

FMGE is a screening test that is mandatory for medical graduates who complete their MBBS abroad. Until they clear this test, they are not eligible to practise medicine in India. FMGE is conducted by the National Board of Examination or NBE, twice every year, in June and December. Keeping in mind the importance of FMGE for Indian students, DMSF, in partnership with Transworld Educare, trains Indian medical students for FMGE right through their four-year MBBS program. Since 2007, an average 84% of the students have cleared the FMGE in their very first attempt! These stupendous results bear ample testimony to the quality of education and training at DMSF. The FMGE success rate makes it crystal clear that Davao Medical College Philippines is the perfect choice for Indian students to embark on their medical career.

The Philippines, located in south-east Asia, is a tropical country and has a climate similar to India’s. Consequently, the two countries share a similar disease pattern. So if you pursue MBBS in Davao Medical College, you will get great first-hand insight into treating diseases which are common in India. This gives Indian students a significant advantage compared to students pursuing MBBS in other foreign countries such as Russia, China, and Central Asian Republics, where the disease pattern is completely different. Additionally, almost everyone in the Philippines communicates in English. Therefore,Indian students, during their clinical rotations, can communicate very easily with the patients, which otherwise could be a monumental barrier (ask students who pursue MBBS in other countries).

Davao medical school foundation provides top-class accommodation to boys and girls separately on the campus. All the rooms are fully air-conditioned and furnished. With 50 Indian and around 150 Filipino staff, the well-being and safety of students is totally guaranteed. Please bear in mind that Davao city, where DMSF is based, is one of the safest places in the world. The cuisine offered features a mixture of both South and North Indian, making sure you’ll never miss your sweet home at least vis-à-vis food!!